NVCL’s Drop-in Book Club is open to adults of all ages; no registration is required. We meet approximately every six weeks, from 7-8:30pm in the Third Floor Program Room of the North Vancouver City Library. For more information visit our Book Clubs page on our website, or contact Heidi Schiller at hschiller@cnv.org or 604-998-3474.

The following is a list of dates and the books we will discuss on those dates:

Wagamese was born in 1955 on the Dalles Reserve near Kenora, Ont. In novels such as Dream Wheels (2006) and a memoir For Joshua: An Ojibway Father Teaches His Son (2002), he has continued to examine the theme of spiritual healing. However, the skill with which he tackles this subject has reached new heights. Indian Horse finds the granite solidity of Wagamese’s prose polished to a lustrous sheen; brisk, brief, sharp chapters propel the reader forward. He seamlessly braids together his two traditions: English literary and aboriginal oral. So audible is Saul’s voice, that I heard him stop speaking whenever I closed the book.

Saul’s story begins in the northern Ontario bush where he enjoys a traditional life of hunting and fishing with his parents, grandmother and older brother Ben. The family hopes living far outside town will keep the boys from residential school. But government men hunt them down, and take Ben at gunpoint.

Saul’s devastated parents turn to alcohol. They leave the bush, moving from campground to campground in the rundown margins of towns. Ben’s return years later — he has run away from school — reignites the family’s hope. They return to the bush, this time heading much deeper in, to God’s Lake (Manitou Gameeng), which according to legend, is their spiritual home.

When Ben dies of tuberculosis, Saul’s embittered parents abandon him and his grandmother. He lands, inevitably, at St. Jerome’s Indian Residential School, where “education” describes a perpetual cycle of abuse. A degree of respite arrives in the form of Father Leboutilier. The young priest introduces the students to hockey. Saul develops a passion for the game and an uncanny, almost preternatural gift.

This novel appears just as Canada’s Truth and Reconciliation Commission studying the impact of residential schools is releasing its interim report. Wagamese bleakly corroborates this catalogue of horror. A nun viciously beats a boy who refuses to deny his father. A little boy routinely has his hands tied behind his back to prevent him from wiping his nose with his sleeve. The child hangs himself from the rafters in the barn. He is six years old. A little girl is placed in a box — the Iron Sister — for repeatedly wetting the bed. After she dies mysteriously, her sister stabs herself to death. There are no funerals for these children. They simply disappear.

Wagemese’s writing qualifies as an act of courage, for we are in the midst of one of the most effective silencing campaigns in generations: People who dare to address historical wrongs are regularly accused of whining; unbelievably, the word “victim” has become a derogatory term. Yet, Wagamese writes without apology; and with such specificity and emotional restraint the reader sometimes forgets to breathe.

Little by little, Saul’s exploits on the ice loosen the clutches of St. Jerome’s. Eventually, he moves in with a family in Manitouwadge, so he can play in the native tournaments. Wagamese is at his best describing the freedom and icy exhilaration of the outdoor rinks; we observe eight-year-old Saul exuberantly clearing the snow off the ice for the school team and practising stick handling in the pre-dawn hours using frozen horse turds for pucks. In Manitouwadge, the players stomp their feet in the brutal cold and exhale puffs of clouds through their nostrils like “a restless herd of mustangs.” Wagamese is adept at depicting the grace and intelligence of Saul’s game. But this is the hockey world of the 1960s. As Saul’s opportunities increase, so does the racial hostility.

I Google-mapped my way around the novel, a cartography of Ojibway territory — Manitouwadge (Cave of the Great Spirit), Gull River, Longlac, Whitesand, Ginoogaming. Red Rock — a continuous naming that suggests a cultural reclaiming. Wagamese incorporates Ojibway words throughout: Whites are the Zhaunagush; a horse is Kitchi Animoosh (great dog); rays of sunlight on a lake are the Maymaygwayseeuk, “water spirits” come to dance. In addition to individual words and phrases, he weaves in Ojibway legends. In this way Wagamese crafts an unforgettable work of art.

The Beach House at Dundarave Pier 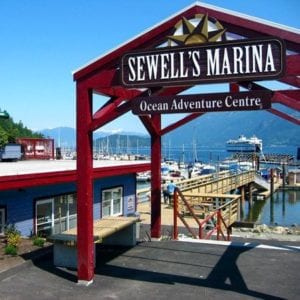