The Boots and Babes Ball

The Boots & Babes Ball will take over the Commodore Ballroom on Valentine’s Day bringing together those looking for love and those looking for all the wrong places. Whether you’re in love, in search of love, or in search of just a night of fantastic live music and entertainment, this Valentine’s Day, the first annual Boots & Babes Ball has got you covered.

But even before the album’s release, Kissel has already made radio history. With more than 93% of Canadian Country stations adding the first single “Started With A Song,” the track eclipsed the record for most adds at Canadian Country radio in one week, a record previously held by Taylor Swift.

Influenced by the likes of Johnny Cash, Glen Campbell, Buck Owens and George Strait, Brett Kissel is still very much his own man: a dynamic, charismatic performer, singer and songwriter and ready to make an imposing impression on the global country music scene with Started With A Song.

“I write music that’s true to myself, about experiences that I’ve had in my young age,” Kissel declares, “and it’s my hope that the fans and all the people listening are either touched by it or can escape wherever they need to escape from for three-and-a-half minutes. I’ve been working on these songs for three years, and cannot wait to begin making new fans by playing around the world.”

When he finally reaches that goal – and you know that Brett Kissel has the confidence, determination and talent to pull it off – remember, of course, that it all Started With A Song.

Britt and Carly McKillip, collectively known as One More Girl – are twenty-two and twenty-three respectively. They’ve been making music together since they were little girls and are already seasoned vets of the entertainment business. Music is the heartbeat of the McKillip home – both parents are songwriters, and dad, Tom is an award-winning producer and musician. The girls have grown up immersed in the country music scene, both in Canada and Nashville and cite many diverse artists as both influences and favorites – from music legends Patty Loveless, Rodney Crowell, Radney Foster and Patty Griffin to Michelle Branch, Gavin DeGraw and Lady Gaga.

One More Girl call Vancouver, BC home and have accumulated an impressive list of performance credits in spite of their ages: they’ve opened for artists such as Keith Urban and Darius Rucker at various showcases and festivals, and toured with Terri Clark, Johnny Reid and Toby Keith. In addition, the girls have performed with Lady Antebellum as part of a CMT video, filmed in Jamaica in 2010.

Take two extraordinary voices….compelling harmonies and performances….powerful lyrics that shine a light on the heart of the matter….and a mysterious, musical and playful connection between two sisters that you can’t quite put your finger on…..and you have the One More Girl sound and culture. There’s no question: One More Girl = the newest face of a musical genre that perfectly straddles pop/country and alt/rock………truly something for everyone. 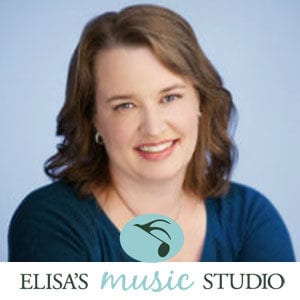