actor, actress, emmanuelle vaugier, two and a half men

Vancouver actress Emmanuelle Vaugier has been decapitated, drowned and slashed nearly to death. But this is all in a day’s work for the BC beauty who has appeared in movies such as Saw II, Secondhand Lions and 40 Days and 40 Nights. You’ve also seen her all over television in shows like CSI: NY, Smallville and as Charlie Sheen’s girlfriend on Two and a Half Men.

Her much publicized relationship with producer Chuck Lorre (of Big Bang Theory, Two and Half Men and Roseanne fame) gave her a taste of life in the tabloids, but still she remains warm and sweet and stunningly beautiful both inside and out. Her love of animals, her dedication to her work and her overall genuineness makes her easy to like. No stranger to modelling, she has been featured on the cover of Maxim magazine and more.

Emmannuelle is the epitome of glamour and brings back the true mysterious and exotic allure we all love to see in our Hollywood starlets. Chatting with her recently, it’s clear that even bigger adventures lie in her near future and that she will undoubtedly become one of this city’s most memorable and lovely leading ladies.

WHAT’S YOUR FAVOURITE PART OF ACTING?

“I would say that it allows me to explore different parts of mysellf in a way that you don’t necessarily get to in day to day life. It is fun to pretend. I get the opportunity to be many different people. Some are more challenging than others, but it really brings more enjoyment to the work.”

WHAT IS IT LIKE BEING A CANADIAN ACTOR THESE DAYS?

“I love being based in LA. One great thing is the weather is always fantastic. But funny enough, I work more in Canada than I did before. I get to see parts of Canada that I would never have gone to. I’ve really fallen in love with Toronto. I love Vancouver, but Toronto is a great city too. Generally coming down to LA means starting from scratch for the most part. You’re basically immersing yourself in a completely new market. You have to build those relationships all over again. It’s hard, but It’s been a pretty welcoming adventure.”

IS THERE A DIFFERENCE WORKING IN LOS ANGELES VS VANCOUVER?

“I think it’s generally the same. Except for the weather. I find the crews that I work with both as friendly and welcoming as in Canada. I find they’re just as relaxed as we are up in Canada. It goes from project to project though. When you’re working on a low budget smaller film everyone bonds together whereas on a bigger project you have the luxury of more time and more takes. You’re not shooting a crazy amount of pages in one day.”

WHAT HAS BEEN YOUR FAVOURITE PART OR CHARACTER SO FAR?

“That’s tough to say. Most recently I’d have to say the Morrrigan character on “Lost Girl” (Sci-Fi / Showcase). I’m the leader of the dark world an they dress me in fabulous clothing and I get to be deliciously evil and play the villian and that’s always fun.”

DO YOU EVER WANT TO DO THEATRE OR BROADWAY? DO YOU SING? DANCE?

“If I could sing I would love to do Broadway. It’s my musical theatre fantasy. But anyone who saw my singing episode on Two and a Half Men will know that’s not in the cards. I danced ballet for seven years and a kid, but not so much now. I’m coordinated and can pick stuff up. Depending on the level of difficulty, I can hold it together.

WHAT DO YOU THINK OF SOCIAL MEDIA AND HOW DOES IT AFFECT YOUR PRIVACY?

“I think social media for performers and actors is an important par of our business. It keeps us in touch with our fans. You can keep them informed about things and shows they can watch which is really great. But when it comes to crossing personal boundaries, that is totally different. I don’t like it when they take shots of people walking their children to school and stuff like that. But when it comes to appearances and events, that’s great. That’s what we as actors signed up for. Having somebody climb a tree and wait for you to come out of your house is wrong. I do use Twitter a fair bit. When I was at Comic Con in London recently I sent out a lot of tweets to fans and it was really great. As far as Tweeting what I had for breakfast – not so much!”

YOU’VE BEEN A MODEL AND ON THE COVER OF MAXIM MAGAZINE. WHAT DO YOU THINK IS MOST IMPORTANT THING YOUNG GIRLS NEED TO KNOW THESE DAYS WHEN IT COMES TO BODY IMAGE? LOOKS? BRAINS?

“I think self confidence and self worth are a big factor. I think young girls have to see and know that what appears in the magazines are airbrushed, and touched up and flawless and nobody looks like that. The photos that are widely used – that’s not real life. That’s an unrealistic standard to hold anybody to. If I took it at face value, and said that’s what I should look like all the time – it’s not realistic. You need to take care of yourself and believe in yourself and not take what other people say too seriously. Everyone has an opinion on what beauty is and what looks are – and as long as you strive to be a good person and do the right thing, there’s not much else we can ask for. We all have our own personal struggles.”

YOUR NAME IS VERY GLAM. IS IT YOUR REAL NAME?

“It is my real name. When I was in elementary school I hated it becaus it was so long and everyobdy said it was a boys name. All I wanted was a simple pretty name – but now I love it because it’s unique and it works.”

WHAT CAUSES DO YOU SUPPORT?

“I’m big into animal welfare so I created a foundation called the Fluff Ball in Los Angeles. It is a yearly high end cocktail event where we raise money for various animal shelters and services.”

WHAT IS YOUR BEST BEAUTY SECRET OR BEAUTY ROUTINE?

“I love oxygen facials. I don’t get a lot of facials because I hate sitting for that long, but I notice a huge different with an oxygen facial. The effects last for a few days. You look hydrated and rested. I’m also at the gym five days a week and more if I can, but I try to exercise at least four days a week minimum. As for diet, I do the best that I can. I’m not super strict but I am disciplined. I indulge a little if I want, but nothing too much.”

“I love 80s music. It’s fun to dance to and it’s music with words. Where did all the words in songs go? You go to a club now and all the music has no words.”

“I eat a lot of Italian. Not so much pasta, but I like grilled fish. I love sea bass and black cod and sole. And then sushi of course. For treats, I love milk chocolate mousse or hazelnut praline anything.”

WHERE ARE WE GOING TO SEE YOU IN FIVE YEARS?

“It would be great to have my own TV series or show. I’d like to hopefully be doing moveis as well. I want to continue doing what I do now and keep building my career and see what happens. Things happen out of left field and you end up thinking ‘oh wow – I didn’t plan on that’. I don’t plan on leaving film or TV anytime soon. And in a few years I’d like to have my own horse as well. I wouldn’t mind adding another four-legged creature to the family.” 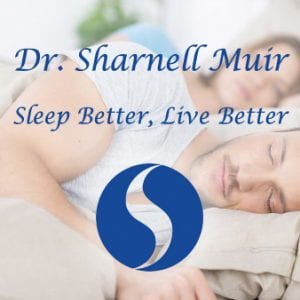