When 7-year-old Slater was picked up by his dad after a day at Mahon Water Park with Junior Outtrippers day camp, he had the remains of his snack on his face as well as a smile almost as wide as the monkey bars at Mahon Park playground. His favourite activity with the camp? “Going out,” he says, barely pausing to answer while tearing up and down Delbrook’s hallway. “He has a lot of energy, this one,” sighs his dad Serge Biln. “That’s why this camp, with all its outings, is so good for him.”

“It’s definitely quality care for the kids in the summer while I work but they also love them,” says Angela Macdonald whose children, 6 and 9, have done various North Vancouver Recreation Commission day camps over several summers. “The instructors are fantastic. They provide a good, safe environment and the kids get to explore a whole bunch of different things.”

The Junior Outtrippers, for children entering grades 1 to 3, and Senior Outtrippers, for grades 4 to 7, are popular options with families. Each day, leaders and kids venture to different attractions like the Museum of Vancouver, Grouse Mountain and Queen Elizabeth Park. Lorraine Tomlinson says she loves that her daughter can experience Vancouver’s attractions. “As a full-time working mom, I don’t have time to take her to all these places.”

“She just doesn’t miss a beat,” says Tomlinson, describing the camp leader’s frequent reminders for campers to stay with their partners, put on sunscreen and make a pit stop before heading for the bus. “I can go to work and feel confident that my daughter is in really good hands. I can think about my work and I know she’s off having a great time with really responsible leaders.”

Macdonald says northvanrec camps allow her kids to widen their circle of friends beyond their school and to interact with cool young adults, an age group they don’t often get to hang with, the leaders are usually in their late teens or early ‘20s.

Many northvanrec camps offer specific experiences like art, sports or stage performance for kids who have particular interests. Macdonald says her son is into sports and has done many high performance sports camps that have improved his abilities. When he returns to team play after doing a northvanrec camp, she says, it’s with an edge that he didn’t have before. Her daughter, on the other hand, loves art and has been able to get messy with various art mediums through the camps. “It’s a really affordable way to expose your kids to a lot of different types of art classes.”

Head Junior Outtrippers leader Shenise Power is one of the northvanrec camps team. She is in her sixth summer working for the North Vancouver Recreation Commission day camp program. The 22-year-old university student takes her responsibilities in stride, saying managing the kids while they’re out and about has become second nature to her and the other leaders. “Each day is planned out in June, hour by hour. The daily, weekly and monthly calendar is online so parents can have a view before they even come to camp.”

Kids often don’t want to leave at the end of the day, Power says, so she knows the camps are impacting them positively. “We’re making their summer more enjoyable when their parents have to work. It’s very rewarding.” So rewarding, in fact, that Power decided to study recreation and leisure at university.

“I think the summer camps give you peace of mind because you’ve got quality care, excellent instructors, and people who care about your children,” says mom Angela Macdonald. “They’re really, really wonderful people and they care about your kids.”

northvanrec can accommodate some children with special needs or those who speak English as a second language. Please call 604-983-6388 for customer service. Registration for day camps is ongoing. Fees are pro-rated for programs that have already started.

Don’t forget to check out the summer camps pull-out section in the new Leisure Guide or view it in our online viewer. There is everything to keep your kids active and having fun this summer. The camps section has a wide range of camps and you are sure to find a camp that fits your child’s interests.

What could be more Zen – striking a relaxing yoga pose on the beach at sunrise, overlooking the sun reflecting off the ocean’s surface. This scene happens regularly at the North Vancouver Recreation Commission Yo-fit classes held at Cates Park each week through the summer. Yoga classes are also held al fresco at Panorama Park and Princess Park in July and August as part of NVRC’s new Outdoor Fitness Program.

“Doing yoga outside makes you feel at one with nature and gives you a deep sense of peace and calm,” says instructor Paula Coburn. “It’s a total de-stressor that makes you feel that everything is right in the world again.”

Exercising outside reminds people of playing outside as a kids, says Schofield. At the outdoor boot camp classes, for example, people get a little competitive with each other and get a better workout. “It’s way harder!” Karen says. “You’re out doing lines on the soccer pitch, or out in the playground doing balance on the playground equipment.”

Andrenea Troyer teaches a Power Drills class at Mahon Park and a Boot Camp on the grounds of Ron Andrews Community Recreation Centre. She says running around on uneven terrain like grass fires more muscles, tendons and ligaments than working out on a floor, so it makes for a more complete work out.

Being outside also takes away some of the ugh factor, she says. “Being outside just invigorates you and the class goes by faster because you are surrounded by nature instead of four walls and a roof.”

Karen Schofield also goes to the outdoor boot camp. “There’s way more chatter and camaraderie when we’re outside,” she says. When doing downward dogs in a gym or studio, with your sweaty neighbor in potentially embarrassing proximity, “you dare not speak, right?” she asks.

Sara Stevens loves the Ron Andrews boot camp she’s been attending for the past year, especially in summer when it’s held at the Windsor track. “We use the steps and the track and the railings and the posts and the bleachers. The instructor uses every element of the outdoors to put together a creative boot camp and it’s different every single week.”
A deer wandered onto the track last class, Sara recalls. “To be part of the outdoors and breathe the fresh air while being in your fitness class is amazing. To be able to put together my two favourite activities in summer – fitness and the outdoors –is perfect.”

Fitness Members: check out the Outdoor Fitness Class schedule online or pick up a brochure from any northvanrec community recreation centre. 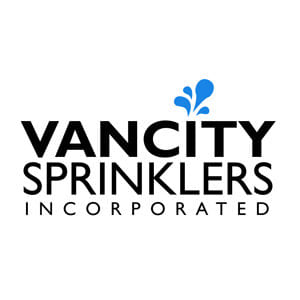 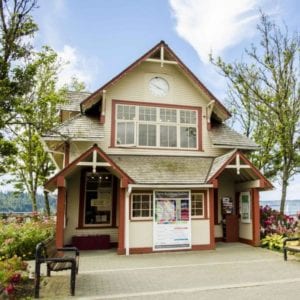