I am running for NVSD School Board Trustee. I have been a resident of the North Shore for 20 years and am a parent to two children in SD44. I am a dedicated advocate who is committed to ensure that all students have the best learning environment to become future leaders in our community.

Dear Residents: The Municipal Election in North Vancouver District is set for October 20th this year and I am running for re-election for my fifth term on Council. Over the last four years, this Council has completed many infrastructure projects included in our Capital Program. These include the new Delbrook Recreation Centre, replacement and widening […]

My name is Ash Amlani, I’m excited to be running for Mayor of the District of North Vancouver with Building Bridges. I am a 15 year resident of North Vancouver and am deeply passionate about our community. I’m running because I believe we need new leadership. Our problems relating to traffic and housing affordability will […]

As Mayor I will make the District of North Vancouver the most accessible, transparent, and customer service oriented municipality in BC. We are building too much, too fast. We need to let infrastructure catch up to growth and make sure that the housing we are b filing is really the housing that we need. The […]

Written by Willy Russell Directed by Ryan Crocker Starring Louise Porter “Funny as hell and most heart-warming” A bored housewife is offered a trip to Greece by her best friend. She secretly packs her bags, heads for the sun and starts to see the world and herself very differently. Willy Russell’s heart-warming one-woman comedy play premiered in […]

The Ancient City of York is in trouble! The conniving Baron Snatcher has cancelled the Annual Fayre and banned fun and laughter. Even worse, he is plotting with the Evil Fairy Maleficent to overthrow the Duke and destroy his famous army of Ten Thousand Men. It is up to the gypsy boy, Colin, and a […]

Visit the shores of beautiful Deep Cove this holiday season where we’ll be gathering in Panorama Park on December 9th at 7:30pm to watch the Carol Ships sail by. Enjoy a warm and festive evening, filled with musical entertainment, roving performers, free craft workshops, a blazing bonfire and beautiful lights. Santa himself may even stop by! For more information […] 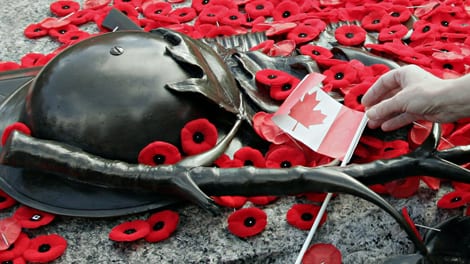 WEST VANCOUVER West Vancouver Service 10:30am Remembrance Day service on Marine Drive in West Vancouver from 10am-11:30am. The Royal Canadian Legion – West Vancouver Branch #60 holds the sacred trust of ensuring the tradition of Remembrance is observed by Canadians every year at the 11th hour on the 11th day of the 11th month. This […]