If you’re travelling to North Vancouver, here’s some helpful hints to plan your visit. We’ve also included some links for hotels, attractions and transportation –  and some local fun stuff that we are happy to share with friends.

Where is North Vancouver?

Just head north – across either the Lions Gate Bridge or the Ironworker’s Memorial Second Narrows bridge? It’s about a five minute trip from downtown Vancouver and totally worth it. There’s also a Seabus transit/ferry system to take locals back and forth to downtown – which you absolutely have to try (it takes about seven minutes to cross).

North Vancouver and West Vancouver together make up what locals refer to as the North Shore of Vancouver. This is the place everyone comes to if they want to experience outdoor life in the city. Mountains, beaches, hiking trails, biking, boating, fishing, parks and recreation. Overall, with some of the best views around, this is the place for people who want to live close to downtown Vancouver, without actually having to live in downtown Vancouver. A lucky close-knit community, built for families and urban professionals, with a vibrant arts and culture base – and lots to see and do.

Is it true that there are TWO North Vancouvers? Well the answer is yes – but to anyone looking to visit this area, it really doesn’t matter at all. That’s because the boundaries between the City of North Vancouver and the District of North Vancouver are almost invisible. And no, you don’t need your passport to cross back and forth.

The City of North Vancouver – This is what some people consider the ‘original’ North Vancouver. There is a city council and mayor, and they have their own fire department too. Once called ‘Moodyville’, it pre-dates Vancouver as one of the oldest settlements on the Burrard Inlet. Then, what was once a small logging and sawmill facility on the waterfront has now become a bustling urban city-centre full of waterfront apartments, restaurants, local shops, brew pubs, patios and piers. Lonsdale Quay is a transportation hub and tourism centrepiece complete with a ‘SeaBus’ catamaran that is part of the transit/bus system and takes you across the water to downtown Vancouver. It is all part of a daily commute for people living here, but visitors love it as a quick ferry ride over town (trust us, it’s fun). If we dare say, some of the best views of downtown Vancouver (and Vancouver’s glamorous convention centre and cruise ship terminal) can be had from this area. And while the City of North Vancouver is small in stature (at only 5 square miles), it’s big on personality. 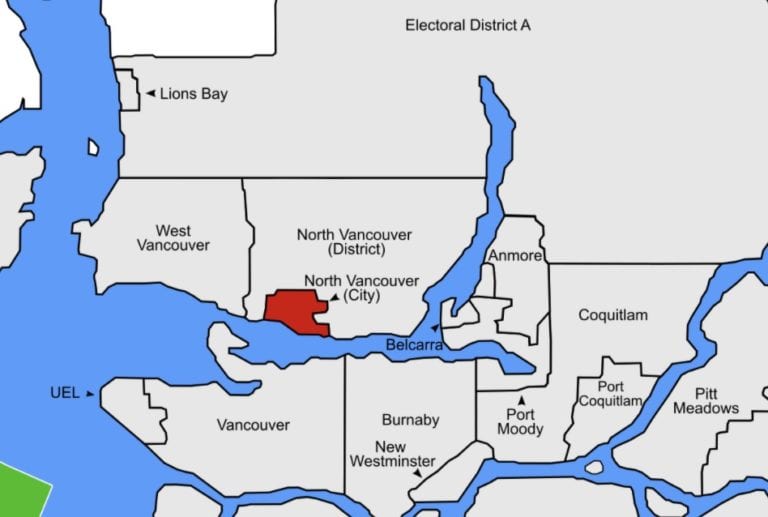