CONCERTS in the SQUARE

SHORE 104.3 FM presents the exciting new waterfront concert series CONCERTS in the SQUARE at Shipbuilders Square, which has grown in popularity in North Vancouver and the next one happens on Saturday, August 13th with an action packed full day of top performers and one-of-a-kind artisans!

JIM BYRNES, legendary blues musician just won another Juno for Everywhere West for best Blues Album of the year last year. An actor and musician, Jim landed a well-deserved spot in the British Columbia Entertainment Hall of Fame in 1995. For more than thirty years, Jim Byrnes has woven roots so deeply into the Northern Blues scene that it’s difficult to remember that this quintessentially Canadian icon was raised in St. Louis and that his instantly recognizable gruff as sandpaper, sweet as honey voice was not always an essential part of the country’s musical landscape.

STEVE DAWSON, producer, musician and songwriter from right here in Vancouver, B.C. is an accomplished Canadian guitarist and multi-instrumentalist. Over the last decade, Steve has risen to prominence in the Canadian music scene with his work on dozens of acclaimed recording and tours that have taken him around the world and across North America countless times.

Some have called him a “white Stevie Wonder”, others refer to him as a “young Elton John, or Justin Timberlake-meets-Michael Buble, but ask any GREG SCZEBEL fan to describe his music and the response will be unanimous he’s not easily
pigeonholed…and this is a good thing. Singer/Songwriter, Greg Sczebel brings an innovative blend of pop, rock, r&b and old school soul to the Canadian musical landscape.

JIMMY ZEE is a Canadian blues guitarist hailing from Vancouver, British Columbia. His new album Devil Take Me Down is a roaring good time as all blues albums should be. Zee takes a modern approach to the blues adding underpinnings of funk and pure rock and roll. This latest CD was nominated for best blues CD of the year by the West Coast Music Awards. Jimmy Zee’s music comes straight from the heart and in this day and age of over produced pop sensations that seems like an increasingly rare thing indeed.

REDBIRD just released their album We’re All Friends and Lovers Until it Falls Apart which moves from the driving rhythms of No Game and In the Hands of Ghosts, to more delicate, folk inspired moments in the heart wrenching honesty of Some Birds and Oh Please My Heart. The band pulls from a slew of sonic inspirations, from 70’s rock to Motown, with Savannah’s subtly soulful vocals hinting at alt-country influences. It all comes together in lush arrangements of guitars and vocal harmonies, with crashing drums and droning organs.

There exists a form of freedom to express, explore and experience all emotions. The RNB DANCERS believe that dance provides an opportunity to develop rhythm,strength,coordination, flexibility and a fluidity of motion, while building character and self-esteem.

ART ON THE PIER is an exciting event attraction which features painters from North Vancouver and Lower Mainland. Set up with their art displayed, featured artists will not only be selling their art, but they will also be painting and drawing right on site. Outdoor art exhibits will be staged from 12:00 noon to 6:00 p.m. at each concert. Live painting, entertainment and artistic performances will happen throughout the venue. New original works that are painted on site will be featured on a Series Wall, and will be sold with proceeds donated to charity.

ARTISANS
Along with the artists on the pier, this event also includes unique and creative exhibitors who will showcase their products to potential buyers with the sounds of wonderful performers on stage in the background.

CONCERTS at the SQUARE will be hosted regularly on Saturdays featuring cultural performances, contemporary recording artists, original fine art presented by local BC artists and other exceptional works produced by local artisans.

The series is being produced by John Donnelly & Associates working with City of North Vancouver and the North Vancouver Arts Office. Art on the Pier exhibition is managed by Pennylane Shen.

Performers and artists interested in participating are invited to contact CONCERTS in the SQUARE producer, John Donnelly & Associates, www.tricia@donnellyevents.com For more information about the City’s Concerts in the Sqarue summer series visit www.cnv.org/ConcertsintheSquare 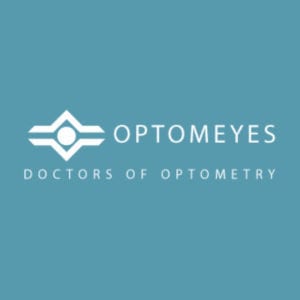