A variety comedy show consisting of sketch, stand-up and improv featuring some of the best comedy acts in Canada. Roman Danylo MC’s an evening that will showcase many types of comedy covering a wide range of topics with a little something for everyone.

Roman Danylo has appeared in several Canadian TV Series including CTV’s ‘Corner Gas’, CBC’s ‘Just For Laughs’ and ‘Made in Canada’. He also starred in ‘Comedy Inc.’, the long running sketch comedy series on CTV and Spike TV. In 2004 Roman won a Leo Award for his performance in CBC’s ‘Western Alienation Comedy Hour’.

Not Available in Canada consists of members of Canadian Content (winners of the Canadian Comedy Award for Best Sketch Group) and the stars of the CBC sketch comedy series ‘The 11th Hour’ (which The National Post called “The funniest sketch show since SCTV”). Having performed sold out shows in the US and overseas, Canada’s comedy dream team are back and looking forward to working with new material from ‘The Simpsons’ and ‘Futurama’ comic books writer, Ian Boothby.

It’s Good to Know People with Chris Wes and Bev PoCock (played by Jason Bryden and David Milchard) are Vancouver’s only People-Positive Musical Duo! They make people laugh without making fun. Get ready to love, laugh and learn with Chris and Bev. Performing all over the Pacific North West, ‘It’s Good to Know People’ has been featured on CBC Radio’s The Debaters, at Yuk Yuks and at the CanWest Comedy Festival.

The show finale will include all the acts participating in an epic improv jam. It will be a fast paced and completely spontaneous romp all based on audience suggestions.

Tickets are available through the Centennial Box Office: 604 984 4484 online: www.centennialtheatre.com

or in person at 2300 Lonsdale Avenue, North Vancouver 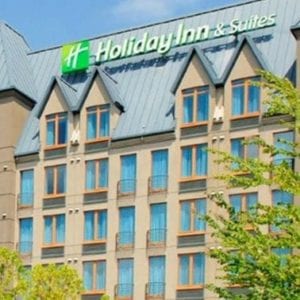